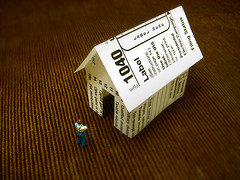 This would put benefits in policies at risk for some policyholders.

By using captive insurance arrangements, many insurance companies allow the taxpayer to describe themselves as richer and stronger. This misleads regulators, the ratings agency and consumers who rely on rating.

The NY insurance department said the insurance based in New York had burnished their books by $48 billion by using captive insurance companies, often owned by the insurers.

I have been writing books and articles about some problems with captives for years. This is only one of the problems. The use of a captive to mislead people is not what captives are made for, but some do this anyway.

Insurance regulation is based on solvency because the transactions of using captives make companies look richer than they normally would be. So insurance companies are diverting reserves to other uses like executive compensation and stockholder dividends in order to try and raise the price of their stock. This is not a problem with mutual insurance companies where the insured’s are the stockholders.

By using a captive and trying to hide the fact, some insurance companies artificially increase their risk based capital rations. These ratios are an important measurement of solvency.