Employers and Promoters Face Serious Problems with the IRS – 419 plan 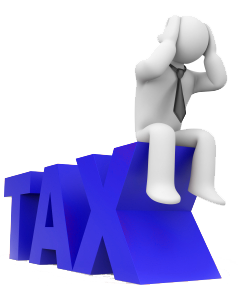 If you’re the owner of a small business with a “419 plan” for your employees, you may be in serious trouble with the IRS, either now or in the near future. The same is true if you’ve sold one of these plans to a business. This blog post explains the details. This post is a bit technical, but so is tax law.

Here is the typical situation. A closely held business is sold, along with other employers, a welfare benefit plan-an “IRC 419 Plan”-and is told by the plan promoter that the employer’s contributions to the multiple employer welfare benefit fund are tax deductible when paid. In almost every case, this is mistaken.

An employer’s contributions to certain §§ 419 and 419A plans are deductible, but that is the exception, not the general rule. What is happening is that the promoters of most § 419 plans tell the employer’s they sell the plans to that contributions to the plan meet that exception but, again, most of the time that is mistaken.

A “welfare benefit plan” is a plan that provides certain benefits, like medical or death benefits, to employees or their beneficiaries.

The general rule is that an employer’s contributions to a welfare benefit plan are deductible when paid only if (1) they qualify for an “ordinary and necessary” business expense (which must meet a certain definition set by 26 U.S.C. §162 and underlying regulations), and (2) only to the extent it’s allowed under 26 U.S.C. §§419 and 419A, which place some rather strict limits on the amount an employer may deduct.

However, a narrow exemption (found in § 419A(f)(6)) to the general rule of §§419 and 419A is carved out, permitting deductions beyond the limitations of (2), above. It is the exemption that the promoters of certain “419 plans” claim is satisfied by their plan; most of the time, however, it is not.

Generally, to qualify for the exemption, an employer must be (i) contributing to a welfare benefit fund that is part of a 10 or more employer plan, (ii) is precluded from contributing more than 10% of the total contributions to the plan, and (iii) the plan is not experience related with respect to certain employers.

The problematic 419 plans usually involve investing in variable life or universal life insurance policies (placed in a trust) that insure the owner or key employees, where the employer makes significant contributions beyond what is required for the cost of the term insurance, and the trust administrator is permitted by the contract to withdrawal the insurance policies’ cash value.

Further, the insurance proceeds are distributed to participants when the plan is terminated. Business owners are wrongly being told that their contributions to the plan that is used to pay insurance premiums are deductible as qualified costs without a corresponding inclusion in the employer’s income.

Due to the termination timing and trust allocations, it’s expected that a small amount of trust proceeds will go to the employees, while most of it will go to the business owners and key employees.

The IRS doesn’t like these plans. That is why these sorts of arrangements typically do not satisfy the requirements of 26 USC § 419A(f)(6), and thus are not permitted tax deductions that the plan promoters claim business owners are entitled to.