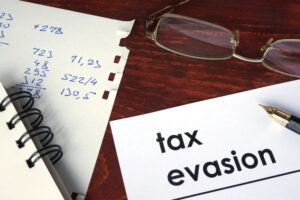 Popular so-called “419 Insurance Welfare Benefit Plans”, sold by most insurance professionals, are getting accountants and their clients into more and more trouble. A CPA who is approached by a client about one of the abusive arrangements and/or situations to be described and discussed in this article must exercise the utmost degree of caution, not only on behalf of the client, but for his/her own good as well. The penalties noted in this article can also be applied to practitioners who prepare and/or sign returns that fail to properly disclose listed transactions, including those discussed herein.

On October 17, 2007, the IRS issued Notice 2007-83, Notice 2007-84, and Revenue Ruling 2007-65. Notice 2007-83 essentially lists the characteristics of welfare benefit plans that the Service regards as listed transactions. Put simply, to be a listed transaction, a plan cannot rely on the union exception set forth in IRC Section 419A(f)(5),there must be cash value life insurance within the plan and excessive tax deductions for life insurance, in excess of what may be permitted by Sections 419 and 419A, must have been claimed.

In Notice 2007-84, the Service expressed concern with plans that provide all or a substantial portion of benefits to owners and/or key and highly compensated employees. The notice identified numerous specific concerns, among them:

1. The granting of loans to participants
2. Providing deferred compensation
3. Plan terminations that result in the distribution of assets rather than being used post-retirement, as originally established.
4. Permitting the transfer of life insurance policies to participants.

Alternative tax treatment may well be in the offing for such arrangements, as the IRS intends to re-characterize such arrangements as dividends, non-qualified deferred compensation (under IRC Section 404(a)(5) or Section 409A), split-dollar life insurance arrangements, or disqualified benefits pursuant to Section 4976. Taxpayers participating in these listed transactions should have, in most cases, already disclosed such participation to the Service. Those who have not should do so at the earliest possible moment. Failure to disclose can result in severe penalties – up to $100,000 for individuals and $200,000 for corporations.

Finally, Revenue Ruling 2007-65 focused on situations where cash value life insurance is purchased on owner employees and other key employees, while only term insurance is offered to the rank and file. These are sold as 419(e), 419A (f)(6), and 419 plans. Life insurance premiums are not inherently tax deductible and authority must be found in Section 79 to justify such a deduction. Section 264(a), in fact, specifically disallows tax deductions for life insurance, at least in some cases. And moreover, the Service declared, interposition of a trust does not change the nature of the transaction.