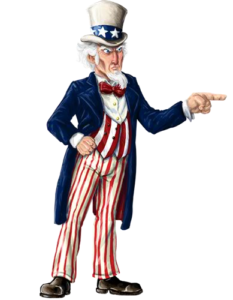 Accounting Today – Don’t Become A Material Advisor – Accountants, insurance professionals and others need to be careful that they don’t become what the IRS calls material advisers by selling faulty 419 plans.

If they sell or give advice, or sign tax returns for abusive transactions, listed transactions or any similar plan, they risk a minimum of $100,000 fine. Their client will then probably sue them after having dealt with the IRS.

In 2010, the IRS raided the offices of Benistar in Simsbury, Connecticut and seized the retirement benefit plan administration firm’s files and records. In the McGehee Family Clinic, the Tax Court ruled that a clinic and shareholder’s investment in an employee benefit plan marketed under the name “Benistar” was a listed transaction. It was substantially similar to the transaction described in Notice 95-34 (1995-1 C.B. 309).

This is at least the second case in which the court has ruled against the Benistar welfare benefit plan, by denominating it a listed transaction.

The McGehee Family Clinic enrolled in the Benistar Plan in May 2001 and claimed deductions for contributions to it during 2002 and 2005. The returns did not include a Form 8886 or a Reportable Transaction Disclosure Statement. The IRS disallowed the latter deduction and adjusted the 2004 return of shareholder Robert Prosser and his wife to include the $50,000 payment to the plan.

The IRS assessed tax deficiencies and the enhanced 30 percent penalty under Section 6662A. Totaling almost $21,000, against the clinic and $21,000 against the Prossers. The court ruled that the Prossers failed to prove a reasonable cause or good faith exception.

In rendering its decision, the court cited Curcio v. Commissioner and in which the court also ruled in favor of the IRS.

As noted in Curcio, the insurance policies which were overwhelmingly variable or universal life policies. They required large contributions relative to the cost of the amount of term insurance that would be required to provide the death benefits under the arrangement. 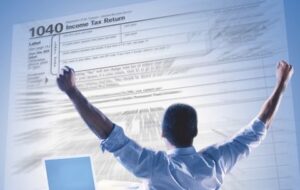 The Benistar Plan owned the insurance contracts. The excessive cost of providing death benefits was a reason for the court’s finding in Curcio that tax deductions had been properly disallowed.

The McGehee court held that the contributions to Benistar were not deductible under Section 162(a). Reason being that the participants could receive the value reflected in the underlying insurance policies purchased by Benistar. Despite the payment of benefits by Benistar seeming to be contingent upon an unanticipated event. For example; the death of the insured while employed.

As long as plan participants were willing to abide by Benistar’s distribution policies, there was no reason ever to forfeit a policy to the plan. In fact, in estimating life insurance rates, the taxpayers’ expert in Curcio assumed that there would be no forfeitures, even though he admitted that an insurance company would generally assume a reasonable rate of policy lapse.