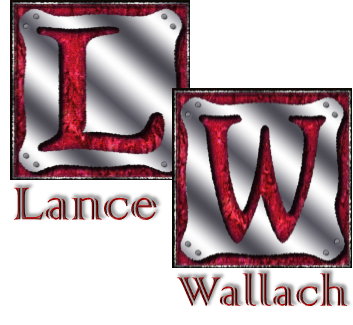 Small businesses facing audits and potentially huge tax penalties over certain types of retirement plans are filing lawsuits against those who marketed, designed and sold the plans. The 412(i) and 419(e) plans were marketed in the past several years as a way for small business owners to set up retirement or welfare benefits plans while leveraging huge tax savings, but the IRS put them on a list of abusive tax shelters and has more recently focused audits on them.

The penalties for such transactions are extremely high and can pile up quickly – $100,000 per individual and $200,000 per entity per tax year for each failure to disclose the transaction – often exceeding the disallowed taxes.

There are business owners who owe $6,000 in taxes but have been assessed $1.2 million in penalties. The existing cases involve many types of businesses, including doctors’ offices, dental practices, grocery store owners, mortgage companies and restaurant owners. Some are trying to negotiate with the IRS. Others are not waiting. A class action has been filed and cases in several states are ongoing. The business owners claim that they were targeted by insurance companies; and their agents to purchase the plans without any disclosure that the IRS viewed the plans as abusive tax shelters. Other defendants include financial advisors who recommended the plans, accountants who failed to fill out required tax forms and law firms that drafted opinion letters legitimising the plans, which were used as marketing tools.

A 412(i) plan is a form of defined benefit pension plan. A 419(e) plan is a similar type of health and benefits plan. Typically, these were sold to small, privately held businesses with fewer than 20 employees and several million dollars in gross revenues. What distinguished a legitimate plan from the plans at issue were the life insurance policies used to fund them. The employer would make large cash contributions in the form of insurance premiums, deducting the entire amounts. The insurance policy was designed to have a “springing cash value,” meaning that for the first 5-7 years it would have a near-zero cash value, and then spring up in value.

Just before it sprung, the owner would purchase the policy from the trust at the low cash value, thus making a tax-free transaction. After the cash value shot up, the owner could take tax-free loans against it. Meanwhile, the insurance agents collected exorbitant commissions on the premiums – 80 to 110 percent of the first year’s premium, which could exceed $1 million.

Technically, the IRS’s problems with the plans were that the “springing cash” structure disqualified them from being 412(i) plans and that the premiums, which dwarfed any payout to a beneficiary, violated incidental death benefit rules.
Under §6707A of the Internal Revenue Code, once the IRS flags something as an abusive tax shelter, or “listed transaction,” penalties are imposed per year for each failure to disclose it. Another allegation is that businesses weren’t told that they had to file Form 8886, which discloses a listed transaction.

According to Lance Wallach of Plainview, N.Y. (516-938-5007), who testifies as an expert in cases involving the plans, the vast majority of accountants either did not file the forms for their clients or did not fill them out correctly.

Because the IRS did not begin to focus audits on these types of plans until some years after they became listed transactions, the penalties have already stacked up by the time of the audits.

Another reason plaintiffs are going to court is that there are few alternatives – the penalties are not appealable and must be paid before filing an administrative claim for a refund.
The suits allege misrepresentation, fraud and other consumer claims. “In street language, they lied,” said Peter Losavio, a plaintiffs’ attorney in Baton Rouge, La., who is investigating several cases. So far they have had mixed results. Losavio said that the strength of an individual case would depend on the disclosures made and what the sellers knew or should have known about the risks.

In 2004, the IRS issued notices and revenue rulings indicating that the plans were listed transactions. But plaintiffs’ lawyers allege that there were earlier signs that the plans ran afoul of the tax laws, evidenced by the fact that the IRS is auditing plans that existed before 2004.

“Insurance companies were aware this was dancing a tightrope,” said William Noll, a tax attorney in Malvern, Pa. “These plans were being scrutinised by the IRS at the same time they were being promoted, but there wasn’t any disclosure of the scrutiny to unwitting customers.”

A defense attorney, who represents benefits professionals in pending lawsuits, said the main defense is that the plans complied with the regulations at the time and that “nobody can predict the future.”

An employee benefits attorney who has settled several cases against insurance companies, said that although the lost tax benefit is not recoverable, other damages include the hefty commissions – which in one of his cases amounted to $860,000 the first year – as well as the costs of handling the audit and filing amended tax returns.

Defying the individualised approach an attorney filed a class action in federal court against four insurance companies claiming that they were aware that since the 1980s the IRS had been calling the policies potentially abusive and that in 2002 the IRS gave lectures calling the plans not just abusive but “criminal.” A judge dismissed the case against one of the insurers that sold 412(i) plans.

The court said that the plaintiffs failed to show the statements made by the insurance companies were fraudulent at the time they were made, because IRS statements prior to the revenue rulings indicated that the agency may or may not take the position that the plans were abusive. The attorney, whose suit also names law firm for its opinion letters approving the plans, will appeal the dismissal to the 5th Circuit.

In a case that survived a similar motion to dismiss, a small business owner is suing Hartford Insurance to recover a “seven-figure” sum in penalties and fees paid to the IRS. A trial is expected in August.

Last July, in response to a letter from members of Congress, the IRS put a moratorium on collection of §6707A penalties, but only in cases where the tax benefits were less than $100,000 per year for individuals and $200,000 for entities. That moratorium was recently extended until March 1, 2010.

But tax experts say the audits and penalties continue. “There’s a bit of a disconnect between what members of Congress thought they meant by suspending collection and what is happening in practice. Clients are still getting bills and threats of liens,” Wallach said.

“Thousands of business owners are being hit with million-dollar-plus fines. … The audits are continuing and escalating. I just got four calls today,” he said. A bill has been introduced in Congress to make the penalties less draconian, but nobody is expecting a magic bullet.

“From what we know, Congress is looking to make the penalties more proportionate to the tax benefit received instead of a fixed amount.”